LEGENDS ON THE MAP 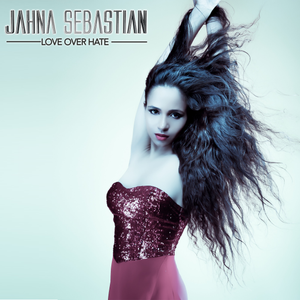 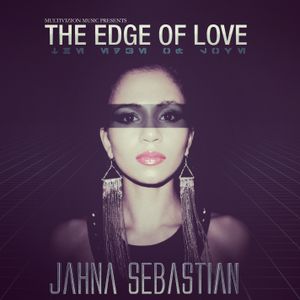 "The Edge of Love EP" by Jahna Sebastian is OUT NOW!
WRITTEN, RECORDED, PRODUCED, PERFORMED, ARRANGED and MIXED by JAHNA SEBASTIAN at MULTIVIZION MUSIC
Cover art by Kevin Hudson 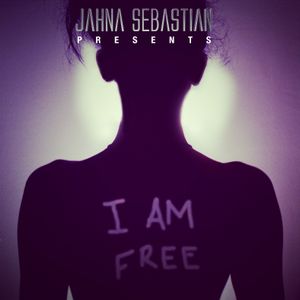 "I Am Free" EP by Jahna Sebastian is OUT NOW!
WRITTEN, RECORDED, PRODUCED, PERFORMED, ARRANGED and MIXED by JAHNA SEBASTIAN at MULTIVIZION MUSIC
Cover art by Kevin Hudson

NEW YORK: Multi-talented recording artist, musician, music producer, engineer, videographer, entrepreneur, spiritual healer, influencer, and philosopher Jahna Sebastian was recently awarded The Face of Women of Heart Award (WOHA) for Diversity Awareness Leader Award. The Face of Women of Heart Awards celebrates female individuals who have made a difference. The Face of WOHA knows how an empowered woman can help others. They aim to create a platform where women and female leaders can connect with each other. This platform was intended to be the flagbearer of unity in diversity and women coming together to support, promote, connect and empower each other.

Ms. Sebastian was styling and looked chic and stunning in a red dress by Luv Look UK and a lovely headpiece by US Fashion Source designer Marianna Harutunian, with exquisite earrings adorning her earlobes by Turkuaz Bazaar.

Check out the snippet of the video where Ms. Sebastian is performing her hit single and fan-favorite 'One and a Million' at the awards ceremony. below. She is seen playing a piano and singing in her studio and also reciting her acceptance speech. 'One and a Million' was written and produced by Ms. Sebastian at her recording studio Multivizion Music. The record is an inspirational and motivational song about living every moment to the fullest and looking into different ways to win.

During Ms. Sebastian's acceptance speech she stated, "I am very happy to celebrate The Face of WOHA with you. We are here to empower, inspire each other, and to create a positive change for the generations to come.'

Ms. Sebastian was recently featured in the International Face Magazine Issue. In the issue Ms. Sebastian is highlighted regarding her philanthropy, The article states, "Jahna aims to bring people together through her philanthropy and knowledge to create a better future for her humanity." 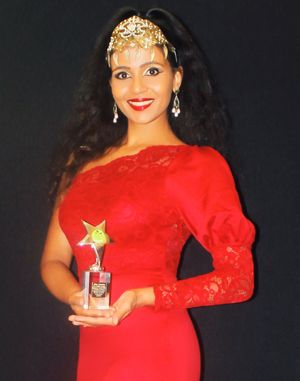 'Choice To Be Free' was written, recorded, produced, arranged, performed and mixed by Ms. Sebastian at her studio Multivizion Music. Ms. Sebastian introduced her new song on Wandsworth Radio with Lucy Ellen on her highly popular radio show. When asked about her new single Ms. Sebastian said, "The choice that you make within yourself every day to stay on your path, to stay true to your values, your soul. In the digital age there are many opinions, points of view on society, the key is to make a choice that's based on what you really stand for. It is a time to be fearless and use the principle of the Universe, the freedom of choice. Another principle is what it is to be historically for the best of humanity to live and continue into the Golden Age and that includes collective choice.

Freedom also means responsibility, many people are asking for it, but it takes courage to acknowledge, that some people are still mentally enslaved. One also needs to not be afraid of those, who do stand up for freedom, of the strength that comes with it. It's about making a choice that truly represents freedom.

When asked about her inspiration to create,  Ms Sebastian stated, "I create music of freedom, to inspire people to see that true liberation is within themselves.

In many regimes throughout history, it was about the people or individuals, who realized that the right to be free is what they have and should stand up for if needed. For someone to take the red pill of truth instead of the blue pill of illusion, they have to decide themselves. It is also about freedom of choice in a spiritual sense, to have a positive outlook on situations, that there at least two choices every time, either the cup is half empty, or the cup is half full, with tens, even thousands of other possibilities. There are many important choices to make. How many people would choose love, when the idea about chasing money is widely promoted? Hard work over taking the easy road while compromising dignity? Honesty over sugarcoating the truth? On a daily basis, in this fast paced world, when many have a hard time finding the right consumer product, it is even more apparent that choosing reactions, ways to act and listening to your heart is the guiding light to shine on the way. "

Ms. Sebastian also stated, "Everything I work on, represents the idea of choosing to be free. I started Multivizion Music studio and label as manifestation of that, as a label that releases music in multiple genres, Alchemist TV is platform for culture worldwide. I am an independent artist, who chose freedom of expression to write, produce, have complete creative control, arrange, play instruments, make music with a message that I want to give to people all around the world. Ideas, that I want to really share. It is a beautiful feeling and real purpose that I walk in every day."

Global Superstar Jahna Sebastian releases 'Day By Day,'  this is the first single off her upcoming project which is a continuation of her critically acclaimed album Legends On The Map.  The London based singer/songwriter/producer and engineer released the album this past spring. The album featured her first single 'Looking for Love',  her second single 'Calling,'  and her third single 'Life' all three singles were well received by critics and fans alike. Legends On the Map was written, recorded, produced, performed and mixed by Ms. Sebastian at Multivizion Music. It is a one woman project like her first album The Alchemist.  Ms. Sebastian stated when talking about the new album, "It continues the story as I unfold my vision for the world to bring people together through music."

'Day By Day' was written, recorded, produced, arranged, performed and mixed by Ms. Sebastian at her studio Multivizion Music. The song is about the inspirational movement she is creating to empower people all around the world to make a positive change. Ms. Sebastian stated regarding the single, "The way we can move forward as humanity is towards the Golden Age. Golden Age means the time of true enlightenment, that includes bringing light through golden rhymes in songs. Many people want to know the truth, there are many opinions, but there is knowledge that will unite everyone finally. "

Ms. Sebastian further stated, "The change starts from within, it is something that everybody can do outside of politics, it's an act of kindness and sincere love. It is knowledge about the universe, the eternal life of the soul and what truly can make someone happy beyond materialistic goals. The change will be happening day by day, step by step, it involves everyone and it is a spiritual growth. I am writing the music and lyrics that reflect our times, as the soundtrack to the past, the present and the future history of the world."

Ms. Sebastian also mentioned in her song, her trip to New York in May. She sang about connecting with places like Brooklyn and Croydon in South London, while on 42nd street she took the opportunity to sing her powerful single 'Times Square'.  She also performed a spontaneous freestyle with Rahiem from Grandmaster Flash and the Furious 5, GV and Johnny Platinum Plus later that evening.  Ms. Sebastian stated, "The song is making a statement about that moment in hip-hop history and connecting the dots in culture internationally. It also reflects how I am uplifting everyday people in places like Croydon, where I live, or the Bronx and how reviving the spirit can give people their power."

Ms. Sebastian powerful lyrics are quite captivating, verses from Day By Day read:

Got my education, know the ins and outs of life
Know my destination coming from the ancient times
Victory, my logo is that Multivizion Time
Day by day
Working on that progress, Croydon and the Bronx
Sound like distant cousins music legacy in songs
Times Square in May, Brooklyn on that day,
Meeting of the minds, history in golden rhymes,
It can change the weather, Legends On The Map,
Got my scale with the feather on the World Wide Web
I got vision for my people with a vibe and a rhythm
Day by day

The notes, the words, the music in your brain,
The more we work, the longer it will stay,
The tales, the songs, that bring a better way
Day by day

Ms. Sebastian recently interviewed with Attica Lundy for On The Rise Magazine, where she discussed  her new record. Please see a portion of the interview below:

@AtticaLundy: In my part of the world, the tone for a lot of this album would be considered "Woke".  What was the inspiration for this album?

Jahna Sebastian:
We are on the crossroads of history, the most crucial time in thousands of years and I am reflecting that through my music as I want to send out a message of hope and truth to the world. Humanity will have to make very important choices in the coming times, that will determine the future. I am describing aspects and giving the clues through my lyrics and sound, with this album 'Legends On The Map', it's different places as they may be familiar with history repeating itself through eras in time. Many lessons are told through ancient myths and legends, now it is the time to take charge and create the new legends of this era to make the legends alive. I am showing the connection between different points in the world, while many questions are being raised in regards to uniting people from various countries and cultural backgrounds. There is a common thread, and that is the fact of being human. As The Alchemist is setting on a journey, the discovery happens through traveling physically and spiritually. With this album I'm showing and outlining my vision through a tale about the travels and knowledge on the way.

Ms. Sebastian is currently working with talented Russian artist Ainur Timergaliev who did the artwork for her last two album covers, on an upcoming exhibition which will feature their works in art and music respectively. "The artwork represents being the connection on the crossroads where the world is at right at this point in history now between the East and the West, stated Ms. Sebastian.

jewellery from 'The Opulent Queen' collection by Biblos Glasgow
http://www.biblosglasgow.com/ 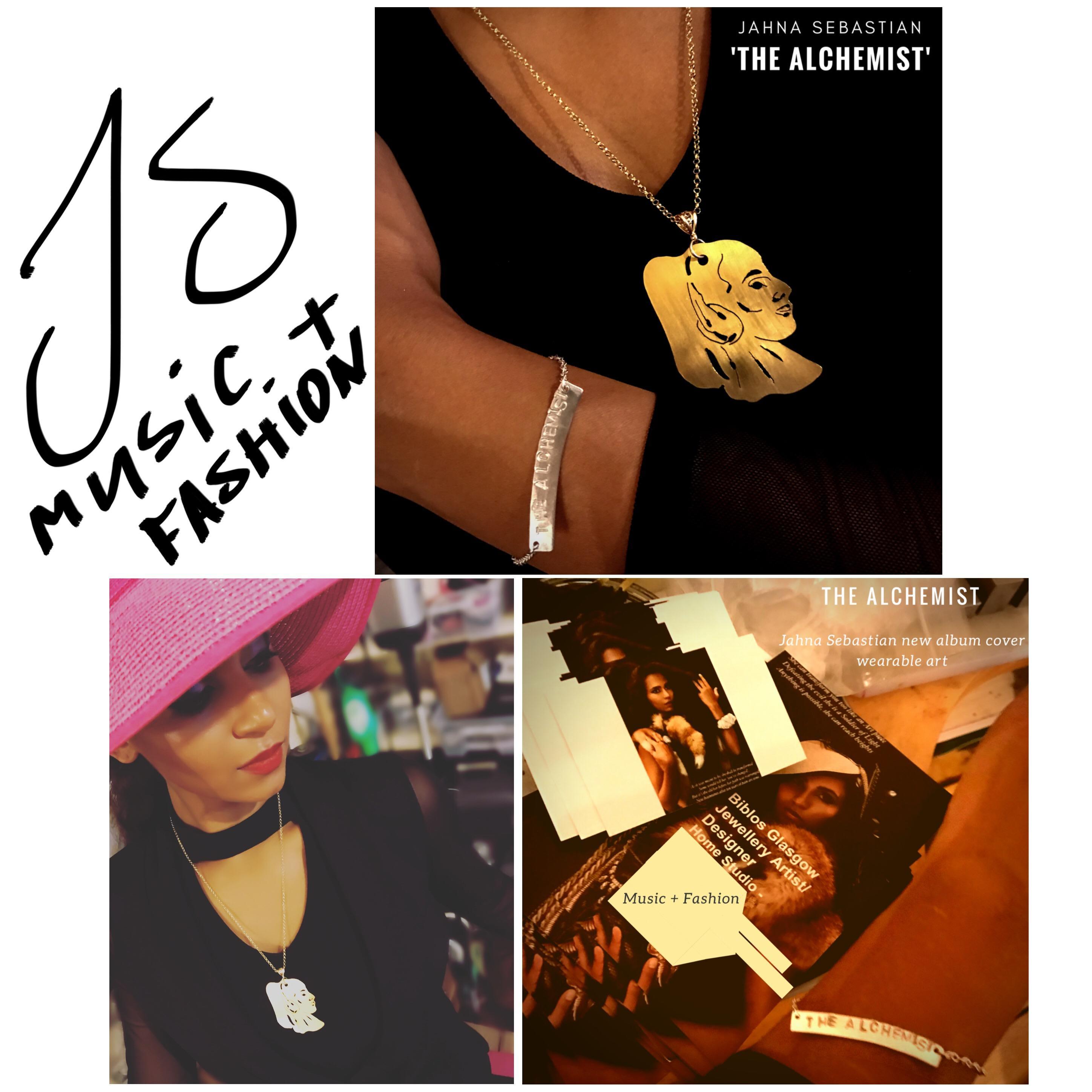 'The Alchemist' bracelet designed and hand made by designer Biblos Glasgow. Exclusive edition. Inspired by the album cover by Jahna Sebastian 'The Alchemist' 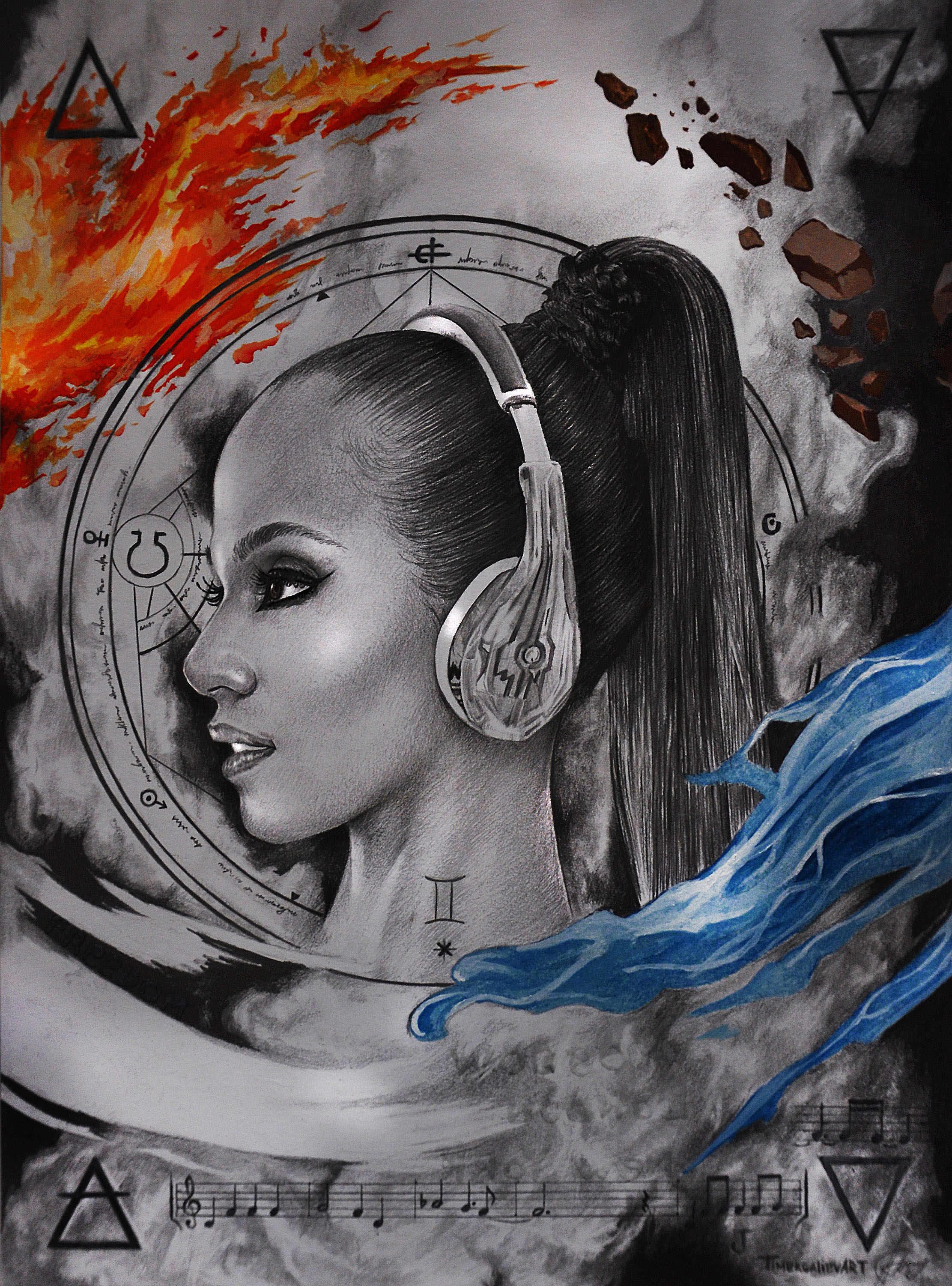 BUY ART PRINT FOR YOUR WALL